Bad things can happen to anyone, even if you're the toughest-baddest b*tch on the planet, which of course we meant Ronda Rousey. 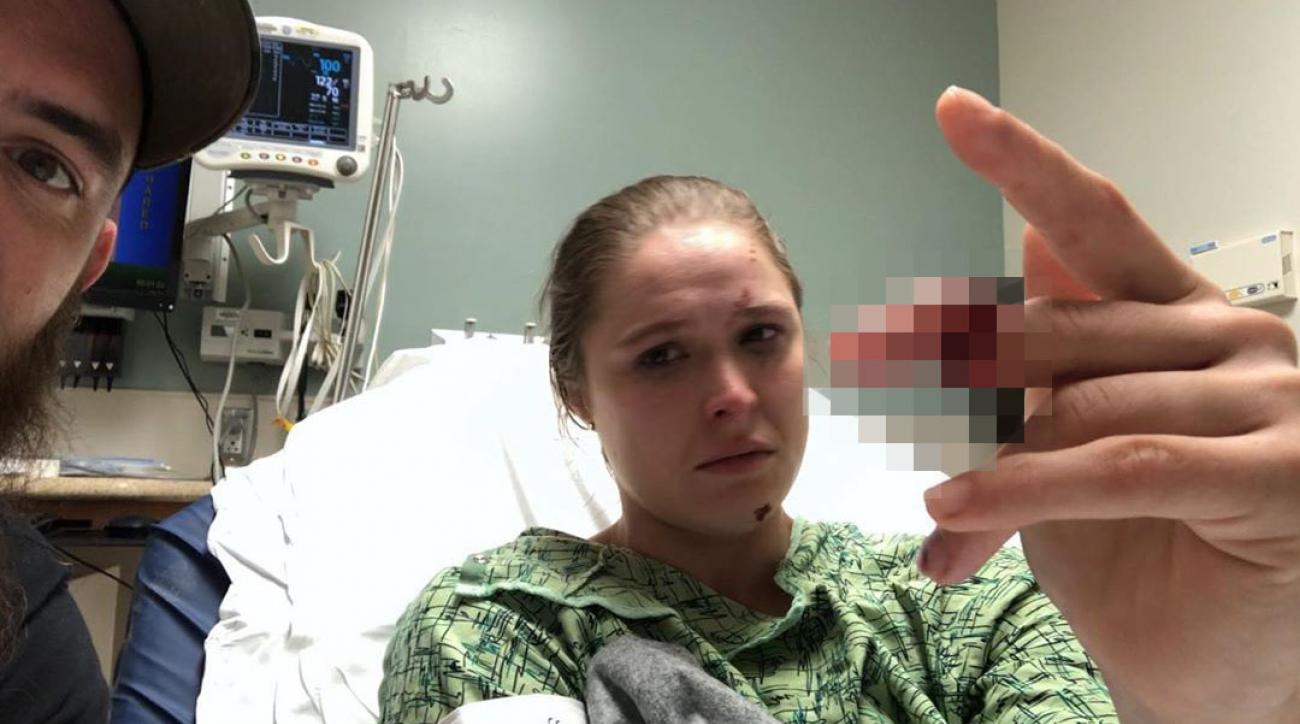 WARNING: Image may not be suitable for kids and people with a weak stomach. Don't continue scrolling.

So here's what happened...

Ronda was on set for the first take of her latest movie '9-1-1' when terror struck.

A boat door jammed her finger! 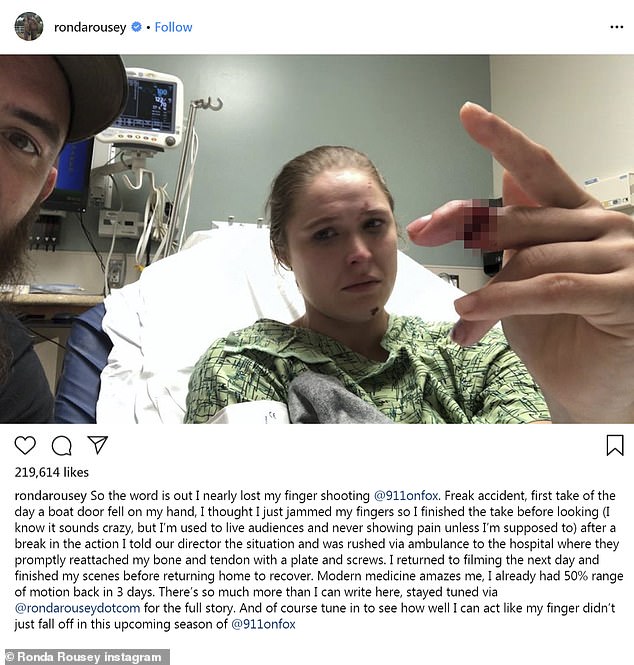 Not thinking too much about the danger she could be in, she continued with the shoot.

She was rushed to the hospital only AFTER her take was finished...WHAAAT?!

Her bone and tendon was reattached to her finger with a plate and screws. "I returned to filming the next day and finished my scenes before returning home to recover," say Ronda.

Turns out that Ronda's injury is far worse than she thought...

It was reported that she injured TWO fingers in the incident, her middle finger (the one that was almost severed) and her ring finger (fractured the tip).

Craziest part of this was...

RONDA WENT BACK TO WORK THE NEXT DAY!

You decide and let us know...

As for us, we just pray that she recovers well and fast.

..and here's Ronda talking about the incident:

Be the first to review!